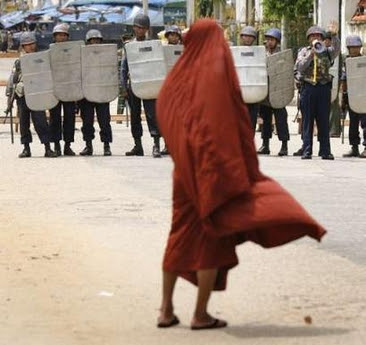 We're following this one in hope and prayer and (I want to say) a sense of solidarity. But as soon as the words are out I feel very much like a mere armchair theoretician of nonviolence. Color me moved and (to whatever extent I can manage it) mindful. And may we all be ennobled by their way, not unrelated to Jesus' way, of warring on terror. 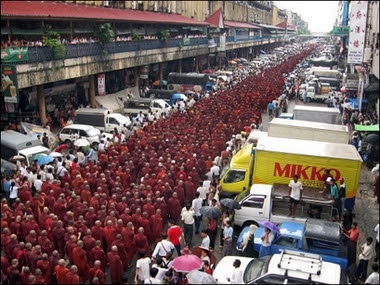 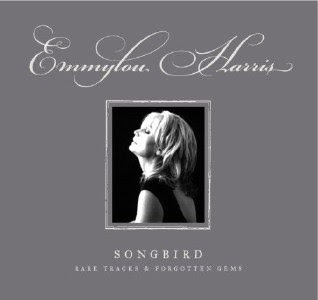 The fine folks at Paste (Signs of Life or Just the Power to Charm?) put up my review of Emmylou's boxed set. I was very pleased with it (the collection and the opportunity to put the words down). Sorry to say I'm still having trouble with the linkage, but it's immediately down to your right a little bit (under the attractive Amazon portals). I call it "Making Believe."
Hope everybody out there's having a pleasant weekend.
Posted by jdaviddark at 7:37 PM 2 comments:

A wee bit overdue, Sarah plays the Greenbelt festival with Billy Bragg and Over the Rhine and drops three (count 'em three) EP's. I find them amazing and crucial (clearly) and anyone who wanders over to sarahmasen.com (or the myspace) can hear and (ahem) buy. Thanks to Tony and Todd (Sarah's Bulb partners alongside Randall) and Chris Leonard and Brad Ritter and Jon Foreman. And especial thanks to Beth Gilmore (the other Goose Girl guru). I penned a splanation on Goose Girl matters below. On a quick personal note, it's a thrill to bike over the 21st ave pedestrian bridge to Vanderbilt as if I have business there on a near-daily basis.

For Those About To Honk
Local artists Beth Gilmore and Sarah Masen Dark occupy the lively intersection where artistry, motherhood, and fairy tales collide. In an attempt at inspiration and crazy prevention, they regularly meet together (with five children between them) and share reading, music, images and various gleanings from their sporadic attempts at intelligence gathering. Noteworthy sparks flew when Beth appeared with a silk screen she cobbled together from a photographic image of a woman taken on the grounds of the Belmont mansion in the late 19th century. In a fit of inspiration, she'd given the woman a beak and raced to see Sarah with an account of the tale of the goose girl.
As the story goes, the goose girl starts out as a princess on her way to be married to the prince of another land. Her mother had arranged it all, sending her packed-up with a maidservant in tow, and the goose girl was expected to perform her duty without much thought. A great distance from her home, her maidservant suddenly threatens to murder her where she stands if she doesn't hand over her clothes (the clothes literally make the princess), and swear that she’ll never tell anyone she was once a princess. Ever unsure of herself, the princess complies and accepts the whole incident as fate.
As the years pass, she ends up under the employ of the prince (who’s now the king) as a keeper of geese. Her work partner, the goose boy, is moved by her beauty, and when she refuses his advances, he issues a complaint about her to the king. The king demands that she give an account of herself, and she insists that she’s sworn to secrecy. She also observes that he wouldn’t believe her story if she told it. At this, he orders her into the kitchen and tells her to tell it (her story) to the stove. She complies, and the king secretly listens on the other side of the wall. Moved and convinced, the king restores her, receives her, and all manner of things are gradually made well.
“Accidental zen training!” Sarah decrees upon hearing the story. And the two begin an ongoing conversation about the goose business women tend to go through. The unwillingness to resist or speak against the chambermaid’s violent ambition is compared to the sound of settling, and they consider the often unarticulated, but weighty expectation women live with and under that they have to make do; they have to make something out of nothing; they have to turn dung to gold. “Women’s work is alchemy,” Beth observes.
And with this line, Sarah thanks Beth for vouchsafing a title for a recent EP, a collection of songs that fit serendipitously within the goose girl theme. Hereby invigorated, Beth arrives a few days later with a title of her own: “Information Migration.” The goose girl is now made manifest, for a time, in the form of one’s and zeroes. A plan is hatched.
Needless to say, this is just the tip of the iceberg. Beth continued to honk away, and Sarah came up with more EP’s (“History of Lights and Shadows” and “Magic That Works”) with handcrafted covers which, like snowflakes, never repeat themselves. Beth will walk willing minds through goose girl culture and Sarah will perform her songs for all interested parties in the downstairs space of Downtown Presbterian Church this Saturday (August 11th) from 6 to 8pm. Appropriately, the gold spun by nashville’s goosegirls is free.
NOTE: If'n you missed the glories of August 11th. I think they're going to do the performance again in some creaky corner of September)
Posted by jdaviddark at 6:40 AM 7 comments: