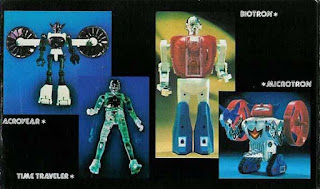 All apologies for the largely inactive blog. Among the resolutions for next month are some kind of redesign and posts a-plenty. I mean it, I think.
But before the year concludes, I'd like to thank everyone who purchased copies of Howard Thurman and James Baldwin's work for my students in the Tennessee Prison for Women. They were awfully appreciative, and it was a deep pleasure to tell each of them that the books came from folks on "the outside" who'd heard what we were up to and wanted to get involved. I wouldn't have guessed that so many people I have yet to meet personally would respond so quickly to my summons. Color me moved and deeply gratified.
In other news, this past semester was the busiest and most enlivening yet in all my years of attempting to involve myself in the work of education. Six classes, three universities, one hundred and twenty-two students. Four of the classes were at Belmont where I was asked to contribute a short meditation for their Advent Calendar. I drop it upon you now one day late.

Standing outside a Middle Tennessee Best Buy having braved the crowd to secure some items on a very well-publicized, Here-Comes-Christmas sale day, I watched a woman approach the entrance with a tired look of determination. “Gotta get in the spirit,” I heard her whisper to herself. I wished her well in my heart and wondered how she might respond if I was to ask her to name and specifically describe the spirit to which she referred. If it was indeed the spirit of Christmas she hoped to summon to her aid, how had it come to this? Would her beleaguered vision of the season be at all recognizable to its ancient sources? Might some within the Jesus movement view this particular spirit as alarmingly unclean?

In a manner befitting the mindset of the weary and heavy-laden among us who feel as though we’ve shopped until we’ve dropped, our Advent reading very helpfully includes oft-repeated prayers for restoration and salvation (Psalm 80). And while we’re exactly right to envision God’s affectionate purposes to include a deep compassion for us in the specifics of our distracted mindsets, we’re nevertheless directed to situate our visions of God’s deliverance squarely among the people who dwell on the less cheery end of the supply chain that occasions our everyday low prices. Ever attentive to the facts on the ground, Isaiah keeps it explicit: “The meek shall obtain fresh joy in the Lord, and the neediest people shall exult in the Holy one of Israel” (29:19).

The goodness of this news, an inescapably social goodness not to be spiritualized or privatized away, can get to feeling very far away as we expend mental energies worrying over whether our phones have been recharged or the package will arrive on time. Mother Mary, lyrical reactionary, only makes things worse: “He has brought the powerful down from their thrones, and lifted up the lowly…and sent the rich empty away” (Luke 1:52-53) How might we get on the right side of this gospel and not be among the self-justifying proud who find themselves hopelessly “scattered in the imagination of their hearts” (51) by these tidings of comfort and joy? We might begin to do so by allowing ourselves to be made uncomfortable by the ways in which the coming kingdom made known in these texts crosses the lines we’ve drawn and questions the economies we sustain. May our spirits be enlivened and sobered by God’s good news.