All Manner of Things Will Be Salvaged 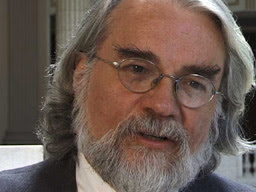 “Resurrection is verified where rebellion against the demonic thrives."
William Stringfellow