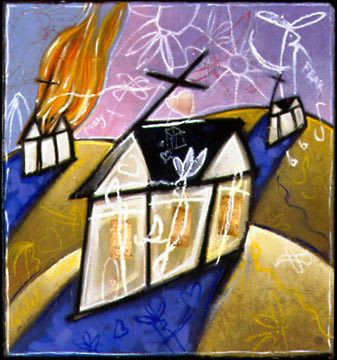 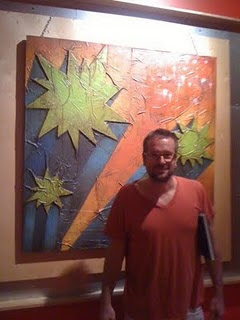 I suspect one of the phenomenona that'll put Nashville on the cosmic map is the fact that it played a role in facilitating (and was itself facilitated by) the personality of Todd Greene. You'd have to cast your eyes upon ALL the work (hard to do given his self-publicity allergy), but the dude can be meaningfully described as America's Richard Hamilton just as much as, depending on the stage we have in mind, we could find ourselves associating him with Howard Finster or Jasper Johns. 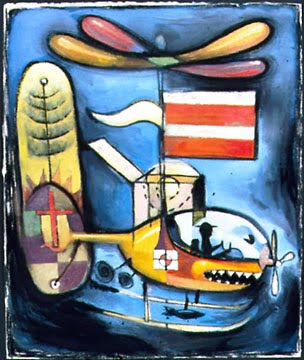 Anyway, he's doing his thing at the Twist Gallery on Saturday evening. Details here. But it doesn't mention anything about his band performing as well. They're called Bulb. They include one Sarah Masen. And they're on their...14th album, I think. Here's their video. I dare you to not be moved by it. 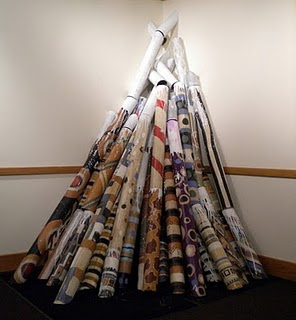 And while I'm describing the Nashville scene as I understand it this weekend. Everyone should know about Blackbird Theater. It's not everyday one can bear witness to the public debut of a local theater company and the world premiere of an original play. They appear to be, in the most profound and helpful sense, crazy. If you're like me, you've always wanted Edgar Allan Poe and Nietzsche and Annie Oakley and Rasputin and Mark Twain and Mary Baker Eddy and H.G. Wells to have a little hoedown together. With this evening's premiere of Twilight of the Gods, such madness shall be realized. We are Nashville.
Posted by jdaviddark at 6:28 AM

Man, peeps should see this! Still many props to the allergy.

David, thanks for the mention on your blog! You are dead-on re: crazy. Hope to see you at the show. Please come up and introduce yourself to Wes and me.

I love these Todd Greene paintings - Mark Chagall and Michael Leunig, and a whole lot else mixed in with a delighted unique landscape view. And love your post's implicit celebration of the local as globally relevant too. Nashville definitely the place to be this weekend. Hope it is a great blessed one.