We Built This City... 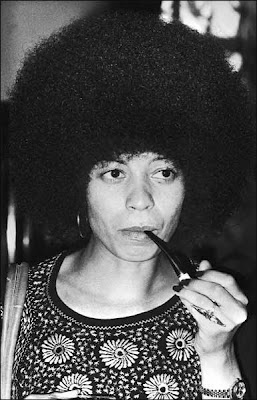 There are folks in our world who've let me know how their feelings are hurt over the fact that we've blogged almost nothing over the last few months. This here is a mere beginning at rectifying the situation, the first of some tiny reports and a request for assistance. Among the courses I'm teaching this summer is a Wednesday night class called "Literature of the Civil Rights Era," and it meets in the Tennessee Prison for Women. We've had a very rich time so far in our conversations involving the likes of Toni Cade Bambara, James Lawson, Angela Davis. Will Campbell, Malcolm X, Anne Moody, Bernard Lafayettte, Daniel Berrigan, and Richard Goode to name a few. I know that much of the lively back-and-forth of online interaction that used to occur on blogs seems to happen via Facebook and Twitter mostly these days, but I wanted offer anyone who might seize it a chance to weigh in with an opinion, an appreciative word, or a provocative question on the subject(s) of our course. I'll dutifully take whatever anyone has to say, ask, or wonder over to the class and report back. I'm also wondering if anyone might enjoy entering the fray by buying our class a copy (or copies) of a couple of titles. Once we have twenty-eight copies of James Baldwin's The Fire Next Time and Howard Thurman's Jesus and the Disinherited, we'll be all set. Used copies are welcome, and I went ahead and made a "wish list" should anyone like to render us the kindness via
Posted by jdaviddark at 7:16 PM

I do miss a lively blog community, so thanks for sharing. What's the upcoming employment entail?

JDD - believe you need to add some sort of shipping instructions/information to your Amazon wish list.

Thanks so much, Matthew. I believe I done fixed it.

David,
So happy to see you blogging again and looking for the community to share (book should be winging its way, etc.). Grateful for ongoing twitter feed.
And so glad that you have full time employment for the fall - God spede that.
God bless, Derek

Yes, the amazon wish list is fixed. 2 books headed your way my friend, may the class (and you) be blessed and enriched in the reading and conversing!

Sounds like a rich and wonderful experience. Just read John Lewis's memoir Walking With the Wind this summer. So moving.

I think perhaps people haven't been able to purchase the Baldwin book because the page for the book on the wish list only has copies via third party vendors, and it seems you've opted not to share your shipping address with third party vendors. But I think the exact same version is available from Amazon at another URL: http://www.amazon.com/Fire-Next-Time-James-Baldwin/dp/067974472X/ref=pd_cp_b_0 I imagine you could also enable shipping from third party vendors.

Thanks for this, Scott. I'm trying to change that setting now.