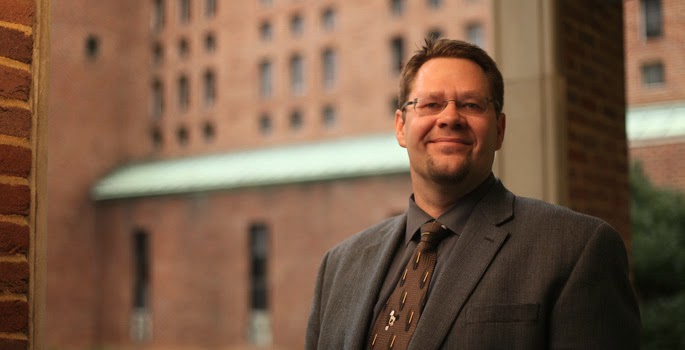 Having written a bunch of things in pencil in a library book while listening to Jaco Hamman speak at Belmont this morning, it occurred to me that I could transcribe what I wanted to while erasing away and simultaneously putting it all in a post. Here goes.
“Destroy the mental representations you carry about others,” he advised. He also asked for a show of hands of anyone who’s dating anybody or hoping to. This counsel is for everyone in every kind of relationship. You’ll have to regularly give up what you knew (or thought you knew) of the person you mean to love. Otherwise you’re relating to an image or an impression instead of regularly taking in the fact of a living person in process, well worthy of love.
And then a lengthy one from Abraham Heschel’s The Prophets: “What impairs our sight are habits of seeing as well as the mental concomitants of seeing. Our sight is suffused with knowing, instead of feeling painfully the lack of knowing what we see. The principle to be kept in mind is to know what we see rather than to see what we know.”
The possibility of knowing what we see (instead of merely seeing what we know) and remaining perpetually open to the fact that we don’t yet know what we’re looking at in a person, a painting, a story; that there’s always more to be revealed (seeing and thinking apocalyptically) is primarily accessed through…wait for it…hope which Jaco very helpfully contrasts with wishing. “Wishing knows exactly what it wants.” Wishing is what many of us are up to, habitually, most of the time, but hope is more radically alive to the bigger, unguessed picture, the unexpectedly true and beautiful ever around the corner, to whatever might awaken us to ourselves and each other, undoing our prematurely made-up minds. When we’re hopeful, we’re eager to repent of our woefully limited imaginations when it comes to other people and their infinite preciousness, complexity, and richness. All of this is a central theme—I’m guessing—in his book A Play-Full Life: Slowing Down, & Seeking Peace, which I’m about to bust open.
He ended with is favorite proverb. It’s African: “My friends who love me grow on me like moss.” He noted how moss has been valued for its healing properties by cultures throughout the world and contrasted this saying with a more popular one: “A rolling stone gathers no moss.” With all due respect to Brothers Jagger & Richards, he challenged us to eschew the practice of rolling stones, in spite of its predominance in our speed-and-mobility crazy culture, and consider the virtues of slower, steadier, more deliberate relationships marked by hope and expectation.
Hope everybody has an enriching weekend.

I apologize. I was seeking to see what the theology of the Dark family is because I really like Sarah Masen's songs, but they have a root in her theology (and yours maybe), so it is easier for me to seek those roots in order to decipher the fruit. I read some older blog posts and came upon this man's response to a video you made. For some reason I could not see the video in the post. But I was wondering if this man's comments were dreadful to you as they were to me?

ok. So... everything in the Bible is not God's direct line to text. The book wasn't just entered into someone's mind one day then appeared (the person left with a tired arm in the morning, like you said in The Sacredness of Questioning Everything). "Spiritually-inspired" is how my mom always talked about the Bible. No, not like people were posessed by a foreign spirit claiming all-knowledge and all-authority that demanding a book on the subject. NOt at all. Spiritually-inspired because people have spirit. Because we have to witness and make up stories and write and share.

And if you read the Bible, it doesn't make any claims to be some united, God-book. It's just a union of books about God, not a one-person-deal. I mean, there are so many tectonic plates in the Bible. It doesn't claim to be above the works, minds, spirits of people. Why did I grow up thinking it did? It's enough to drive me mad.

So, now I'm listening to the Questioning book by you, and it just keeps giving me more words and resources to process these things I see in the Christian culture, myself, and the BIble. It's been really cool. David Dark, you have fucked up my world. And it was due."