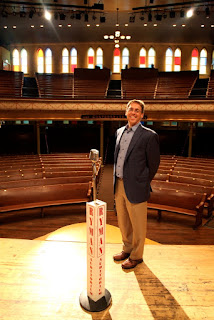 I find it helpful to say that we’re never not cultivating in one way or another. Or as my friends Rob and Kirstin put it: Culture is not optional. Which brings me to the joy of knowing Lee Camp.
In the immediate aftermath of 9/11, things got weird and weirder for folks in the South who insist on giving precedence to (or try to try to give precedence to) the Red Letter words in the old Bibles. And before I tried my hand at writing a book about it, I was in peculiar need of a community of people peculiarly committed to not losing their minds in this regard. In a footnote in a book by Stanley Hauerwas, I heard tell of a thing called The Ekklesia Project which I tracked down and, from my remote location, joined.
This put me in contact with a kind of rebel alliance in the land of my sojourn. One of my fellow Ekklesia endorsers, it turned out, is a Lipscomb history professor named Richard Goode. The fellowship of thoughtfulness into which Richard would invite me, a fellowship largely made up of incarcerated and formerly incarcerated people, is a longer story, but this was still 2001, and we’d just agreed to meet for coffee at Café Coco. To my delight, his friend, a New Testament professor, Lee Camp came along.
I hesitate to put it this way, but it strikes me as too funny not to: Lee’s labors—a gathering of consciousness-raising culture-- are like a crystallization of every form of non-embarrassing Christianity Nashville has to offer. He’s a chronicler, a collector, and a curator of available righteousness. It could be a skit, a sermon, an explanation, a tale, or his own performing of a very long but eye-rubbingly apt Bob Dylan song. He wrangles it all together in every event he puts on (together with others) under the Tokens moniker, but he can also be counted to bring the good prophetic word at the most unpopular of times (not that the prophetic word is ever especially popular).
We once sat together at a clemency hearing, hoping that hearts and minds might bend toward justice on behalf of one of our brightest students even as I we were dumbstruck by the pain and rage we witnessed as we listened to the family of the victim in whose murder she was an accomplice. We discussed our feelings at length in the parking lot. And I felt largely spoken for when Lee put it all into words a few days later. He follows up on his on the tensions, the sadness, and the joy he experiences. Tokens is one especially fruitful form of Lee Camp follow up. The beneficiaries of his lifelong following up are, I suspect, countless.


So, it’s happening again tonight in Nashville. This time at the Ryman. It breaks my heart sometimes, but I love the principality that is Nashville. Tonight, I imagine it’ll look and feel just a little more redeemable. Come on out.
Posted by jdaviddark at 10:42 AM